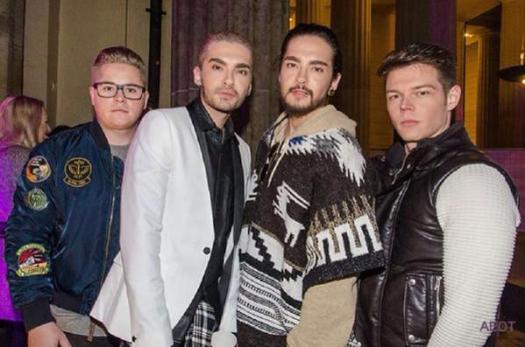 Like many young bands, Tokio Hotel were just a group of musicians who wanted to follow their dreams and become rock stars. From the moment they released their debut album, ‘Schrei,’ in their native Germany in 2005, the alt rockers were quickly catapulted into a whirlwind of sold-out international tours and a level of fandom that they perhaps weren’t ready for — all the while selling millions of records. And now with over a decade of experience in the music industry under their belts, Tokio Hotel are back with their first album in five years.

‘Kings of Suburbia’ — which hit the streets last October — not only shows another collection of Tokio Hotel tracks that fans have been anxiously waiting for but also focuses on a change in their musical direction. While still tackling personal and sometimes tough topics, the sound on tracks like ‘Love Who Loves You Back’ is more energetic and may even inspire you to dance around your bedroom (as I started to do while listening to it) compared to the darker music they produced in the past. Sure, there are some more somber tunes like ‘Run, Run, Run,’ but there is clearly a rejuvenated spirit that runs through the LP that will bring old and new fans together for this new era of Tokio Hotel.

We had a chance to chat with singer Bill and multi-instrumentalist Tom Kaulitz (brothers), bassist Georg Listing and drummer Gustav about life, music and everything in between. Not only were they an open book about the obstacles they faced being famous in their hometown and trying to live a “normal life,” but also how much the band members have grown into men and what the next few years will be like for them.

Find out what else Tokio Hotel revealed in our exclusive chat below:

You guys have been laying low since ‘Humanoid,’ though you’ve all been doing your own things. Can you take me back a few years to the time before you started working on ‘Kings of Suburbia’?

Bill: Well, we kind of took a break for like a year. After ‘Humanoid,’ we were touring and were on the road so much, playing in South America and in Europe. So we were on the road for a while, and then for the next year we didn’t do anything. Well, Tom and I moved to Los Angeles from Germany. Then we slowly started to get back in the studio and make music again. We just got inspired by the place and everything so we started to write songs, but we weren’t working on the album constantly. But there were times for a couple of months where we weren’t in the studio. We were doing something else or just enjoying life because we didn’t have any deadline or anything like that. We just would write the songs and be in the studio and make the best possible album and release it whenever we were ready.

I was watching a few things on your YouTube channel, ‘Tokio Hotel TV,’ and one of the videos that struck me was about the reasons Bill and Tom moved to Los Angeles and how it was hard for you to actually live in Germany. Can you talk a little bit about that?

Bill: I think the whole move to America was, of course, for private reasons, and it was super necessary to to do that. I mean, it wasn’t possible for me to actually have a life outside of this band. So when we went home [to Germany], it was kind of like living in a prison the whole time. We couldn’t go outside. We couldn’t do anything.

Tom: Just to go outside, you have to run into a van and talk to all your people with bodyguards and all this. So whatever you do becomes such a big deal, you know what I mean? Doing regular stuff wouldn’t be possible.

Bill: We thought that if we wanted to take a break or if we want to live life for a moment, it’s just not possible in Germany. We’ve been trying for so long. One time, some people actually went into our house, and that was the moment we were like, “OK, we just can’t do it.” So after that we kind of moved away — and it was good. It really worked for us. And in Los Angeles, everyone has their own things to do so it’s the perfect place for us to hide and just do normal stuff.

What’s the best part about living in Los Angeles?

Tom: It’s pretty much the same thing. But what I hate about L.A. is everything is closing early, and you can’t get alcohol after 2AM. It’s kind of hard because you always want to have some for parties.

And for Georg and Gustav, how has it been traveling between Germany and California?

Georg: We absolutely love Germany because our houses and friends are here, and we love to have them around us and as close as possible. But I also like to go to L.A. from time to time, but the city is a little bit too huge for me. I prefer Magdeburg [in Germany]. [Laughs]

Tom: You know what? The truth is, Georg and Gustav are loving the jetsetter life, and that’s why they like living in Magdeburg. Everybody’s recognizing them on the street and driving their huge cars and just living the life over there. [Everyone laughs]

Now onto the album. Even though it does have that Tokio Hotel signature sound, it also feels really different from what you’ve done in the past. What influenced these changes in the sound?

Bill: I feel like it was totally not planned. People think we have this huge plan on what we’re doing. We’re just going with the flow and writing and never think about anything before it. We don’t think of a certain sound or a certain way on how to approach the album or anything like that. It just comes out of us. But at the same time, we wanted to make an album that makes sense and sounds cool. That’s how you pick the songs from the 50 songs you wrote and recorded. But we never really talked about the sound. It was just something that was in development. I feel that in five years, you just change so much. Your taste level and everything is changing, so it just kind of happened.

How long did the album actually take to make?

Bill: If I were to break it down, I would say around three years. But of course, we took months off.

Tom: You’re not working constantly. Sometimes you just go into the studio, eat pizza and drink beer, then drink beer and eat pizza, especially if it’s super late. And that’s the cool thing about our jobs. [Laughs]

What are your most memorable songs on the album?

Bill: It’s ‘Stormy Weather’ because it’s the first one somebody wrote. Then after that, it was like, “OK, this is the most important song and reason to make an album.” After that song, we decided to make the new album. Before that, we were playing around with songs but didn’t really take it that seriously. But after this one, we knew it was time to make an album. So I feel that song is the most important one for this album.

Tom: It’s really, really hard to tell because I did all of the production at the time. So I spent a really long time with each song, and we put so much work into it. But when I think back, ‘Girl Got a Gun’ is a special song for me because this was one of the songs that, since production, everything went super fast. We wrote this song in a couple of hours, then I laid out the production, and everyone just loved it. So it took a day to pretty much finish the whole thing, at least we thought. So in the beginning, it was the song that everyone loved. But when we got to the end of the production, this [song] then became the one that was the most difficult for me to finish because everybody had so many changes to it. And production wise, I’m so proud of this song because there are so many details that went into it.

Georg: For me, it was ‘Great Day’ when I put down that bass line. It was this very special feeling and atmosphere. I have good memories about that time in the recording studio.

Gustav: It’s ‘Louder Than Love’ for me. I’m on the drums. And when you listen to it, you feel something special.

So the album’s been out for a few months now. When it was initially released, it seemed to chart really well in several countries. — Tokio Hotel were clearly not forgotten. How does it feel that even after all that time you guys were on a break, you put out an album and it automatically hit No. 1?

Tom: If you can fly under the radar and have a life and then you put out something, then people are interested, love it and then it goes No. 1, it’s amazing. This is probably the best thing that can happen to you as an artist or a band, I think. But at the same time, we never expected that. Nowadays, people are releasing records and putting out stuff all the time, every day, and a lot of people are hustling. It’s crazy. I mean, the music industry has changed so much, and we’re still young. We’re a young band, but we’ve been in the music industry for over 10 years now.

What are some of the misconceptions that people still have about Tokio Hotel?

Bill: There are still people out there who think we’re a made up band or that we were put together by someone because “they’re all so different,” like we’re from a TV show or have some cool manager in the background. [The band] started a long time ago, and we got together because of music. And the fact is, we’re a band that started in our hometown because we loved music. And we write our own music and play our own music. We’re all musicians. Unfortunately, this sometimes gets a little lost.

Since you started when you were young, what’s something you wish you could have told your younger self?

Bill: I feel like everything makes sense, and I wouldn’t change anything in the past really. But I would probably have told myself to chill out and not take too much responsibility too early. I remember when I was 13, I thought I could be with it all and that I could handle it all. I couldn’t wait to become 18 and live by myself and do all that stuff. So I took everything very seriously. And looking back, I kind of see how being innocent and not having as many responsibilities as a kid would have been good. I always wanted that, but now I wish I would have told myself to have fun and enjoy my teenage years more.

Tom: I would probably have told myself to read the contracts that I signed. [Everyone laughs]

Georg: That’s a good idea. I would have done that as well.

Bill: We always have a million plans, but I think it all comes down to how much can we do in year. So the new year looks really crazy. We just saw our schedule for the first few months and basically we’ll be in rehearsals to get our show together. We’re going to do a lot of promotion in the U.S. and then tour the rest of the world and play in every country. We’re also always making new music and are planning to make a new album. 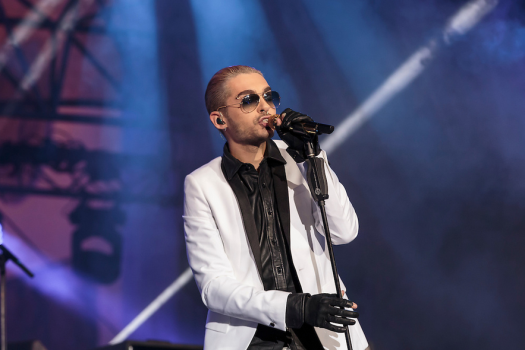